Run -> diskmgmt.msc -> enter (to view the partions of your disks)

Note: Mirrored volume and Raid-5 volume are server based volume.

A dynamic disk can contain an unlimited number of dynamic volumes that function like the primary partitions used on basic disks. The main difference between basic disks and dynamic disks is that dynamic disks are able to split or share data among two or more dynamic hard disks on a computer. For example, a single dynamic volume may actually be made up of storage space on two separate hard disks. Also, dynamic disks can duplicate data among two or more hard disks to guard against the chance of a single disk failure. This capability requires more hard disks, but improves reliability.D.D has a database of 1MB size therefore we can create multiple partitions.Win-2000 and onwards O.Ss support D.D while Win-95, Win-98 and Win-NT do not. 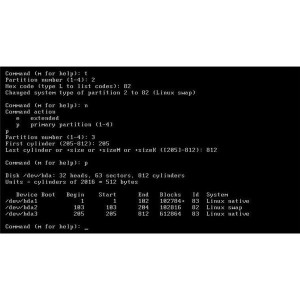 Extended partition: – A type of partition on a basic disk that should be used if you want to create more than four volumes. Extended partitions can contain multiple logical drives that can be formatted and have drive letters assigned to them. It has 1MB of table.

Logical Drive: – Logical drive acts like primary partitions except that they cannot be used to start an Operating System (doesn’t belong to Active Mark/Boot Files)

A hard disk needs to be partitioned and formatted before you can store data on it. Many computers are partitioned as a single partition that equals the size of the hard disk. Partitioning a hard disk into several smaller partitions is not required, but it can be useful for organizing data on your hard disk. Some users prefer to have separate partitions for the Windows Operating System files, programs, and personal data.

Simple volume:-It is like a primary partition. Only one dynamic disk is required to create Simple Volume.

Spanned volume:-Minimum 2 and maximum 32 D.Ds are required to create Spanned Volume Attachment of one disk with another. It supports to combine space of scattered disks to make one large volume.

Server based volumes: – Mirrored volume: – Only two D.Ds are required to create Mirrored Volume. The old name of this volume was Raid-1 volume. It supports fault tolerance means if one disk fails then we can take same data from another disk. It means that Mirrored Volume has same copy data on both disks. There is a backup of each other. Therefore 50% space will be consumed for creating mirror. E.g. if we need 100MB space then it allocates 100MB extra space (data) from another disk for redundancy.

RAID-5 volume: RAID stands for Redundant Array Independent Disk. Minimum 3 and maximum 32 D.Ds are required to create RAID-5 volume. Its ex. name was Stripe Set With Parity. No disks keep data information in its parity because if parity fails then data will also be lost while data will be in other parity of a disk. Raid means how to engage multiple disks. It provides fault tolerance. Maximum wastage of space is 33%.If we need 600MB of space then it takes 600MB from each disk .It puts data on two disks and 3rd disk will have parity bits (information).The greater number the disk, the smaller wastage of space. So, if we have three disks then formula of calculate size of raid-5 volume will be like this,