Yes. At least there is nothing in the protocol to preclude this and one expects it to be a feature of any DHCP server. This is really a server matter and the client should work either way. The RFC refers to this as manual allocation.

14. How does DHCP and BOOTP handle multiple subnets?

For the situations where there is more than one LAN, each with its own subnet number, there are two ways. First of all, you can set up a seperate server on each subnet. Secondly, a feature of some routers known as “BOOTP forwarding” to forward DHCP or BOOTP requests to a server on another subnet and to forward the replies back to the client. The part of such a router (or server acting as a router) that does this is called a “BOOTP forwarding agent”. Typically you have to enable it on the interface to the subnet to be served and have to configure it with the IP address of the DHCP or BOOTP server. On a Cisco router, the address is known as the “UDP Helper Address”.

If we want to configure on RIP v2 so do as

Now do the configuration on router 2 as 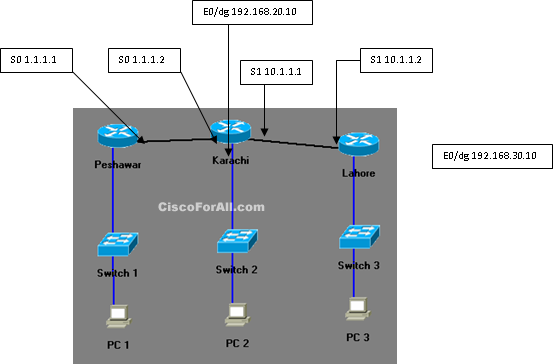 Now do the configuration on router 2 as

Routing loop avoidance Mechanism used are as below :