Digital Subscriber Line (DSL) service is one of the most exciting technologies to come to market in the area of information access. The concept is as elegant as it is simple – DSL achieves broadband speeds over ordinary phone lines. That elegance and simplicity has attracted significant attention from a wide variety of customers, and DSL is one of the fastest growing high-speed access technologies for both business and personal use on the market.

Of all of the new telecommunications technologies, DSL is the most powerful, straightforward and flexible solution for high-speed access and information transfer – and the supporting network is already in place. We’ll examine DSL and discuss some of its advantages and disadvantages.

Digital Subscriber Line is a telecommunications service that makes it possible to transform an ordinary phone line into a high-speed conduit for data, voice and video. As long as your home or business is close enough to your service providers central office (a local office with switching equipment which connects everyone in a certain area to the companies net-work), you’ll be able to subscribe to DSL service. Typical connections allow users to receive data at 1.5 Mbps and send data at approximately 256 Kbps, though actual speed is dvcermined by the proximity to the providers central office. DSL service is always on – users don’t need to dial a connection to gain access to the Internet – and some services even allow users to use the same line for voice and data traffic.

There are a wide array of DSL technologies available, depending on your location and your bandwidth needs. In brief, they are:

How fast is DSL?

What is the future of DSL?

The future of DSL is very bright, as businesses and consumers increasingly move toward an information-based economy. As companies implement more sophisticated applications that require high bandwidth capability, DSL is emerging as the perfect combination of price and performance for a diverse range of applications, from workgroups in different cities across the country to teleworkers in their homes. Today, many service providers are presently offering or implementing one form of DSL technology or another.

DSL is used by a wide variety of companies and individuals who all have one thing in common – the need for reliable, always on high-speed data transmission and access. DSL service is used in the telecommunications industry by network service providers, ISPs, and local and public telephone companies. It is used by universities, hospitals and research facilities where high-speed data transmission is essential. In the business environment, DSL services are used for telework programs, workgroup solutions, companies with campuses, and corporate networks in single and multiple locations on a regional or nationwide basis.

What are the advantages of DSL?

There are many advantages to DSL. The most significant advantage is the fact that DSL is more cost-effective because it eliminates the need for extensive and expensive infrastructure upgrades. DSL service requires no new phone lines and little new equipment. Another advantage that is equally important is DSL’s blazing speed. DSL technology transforms the nearly 700 million phone lines installed worldwide into multi-megabyte data pipes capable of speeding digital video and data to homes and businesses.

DSL solves many of the problems associated with alternate access technologies by using the existing telecommunications system to remove the bottlenecks often associated with the last mile between the network service provider and the users of those services.

What are the disadvantages of DSL?

There are some disadvantages to the use of DSL service. The greatest disadvantage at the present time is availability –because DSL is distance sensitive, availability is dvcermined by the distance from the providers central office. Although DSL service is widely available in most metropolitan areas, is often not available in non-metropolitan or rural areas because the distance sensitivity limitation. Service may be limited to within 18,000 feet of the DSL providers local office, or point of presence, though there are usually several such locations in a given urban area. 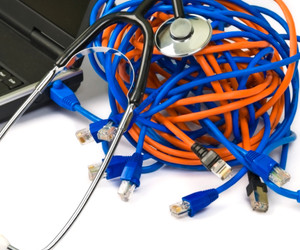 Phone lines are everywhere – and a technology that allows exponentially faster speeds for Internet access and data transfer on ordinary phone lines is truly revolutionary. The timing for DSL couldn’t be better. As the Internet continues to evolve into a global online interface supporting multimedia data, audio and video, bandwidth demand will continue to soar and DSL provides the capability to handle that demand.